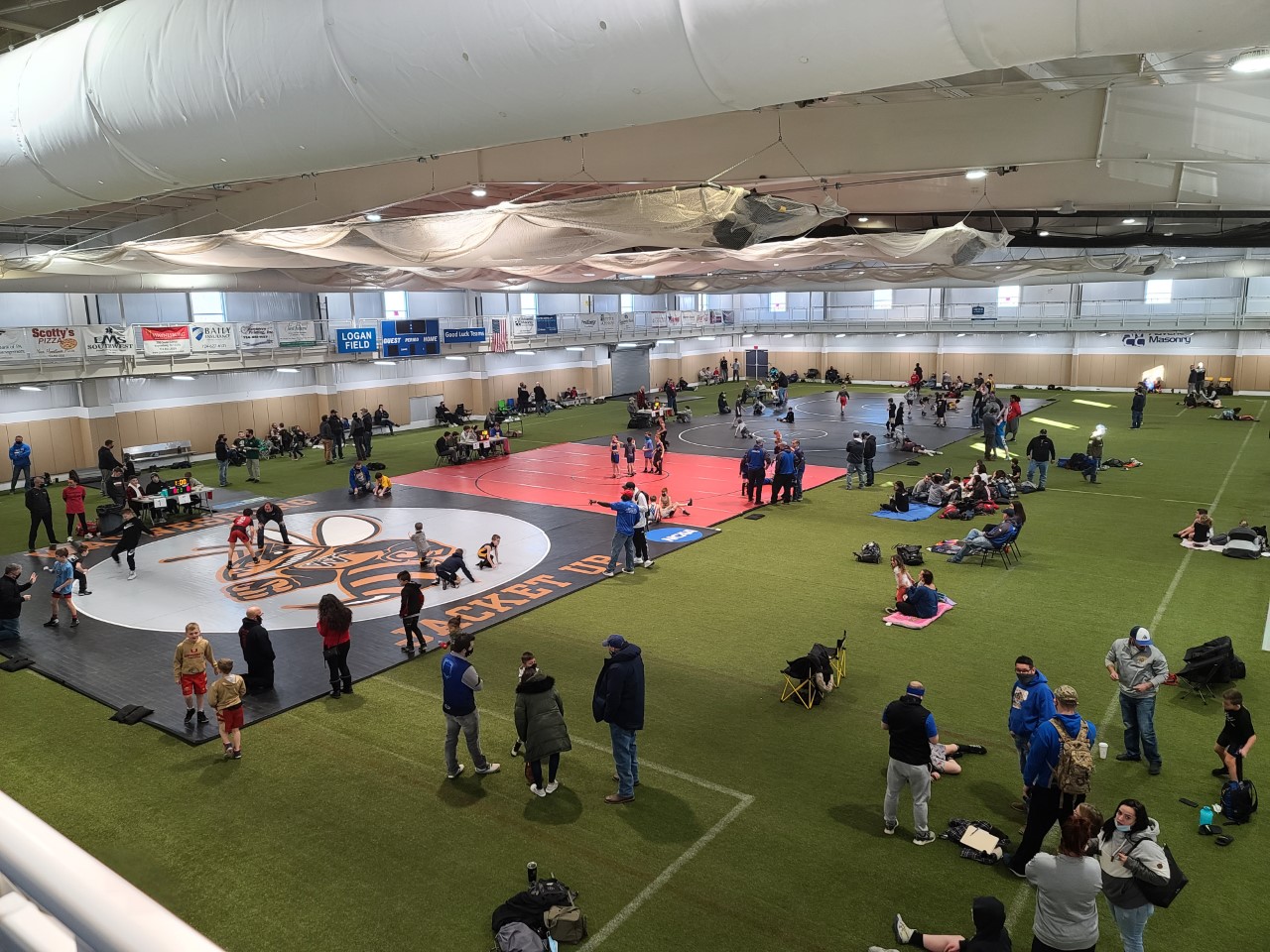 Healthplex’s EQT REC Center created a youth wrestling program which began in December of 2020 and continued throughout the winter months. The wrestling program paved the way for a partnership with Central Greene School District and the wrestling boosters club to host two wrestling tournaments in successive months. The first was a youth tournament held at the end of February. With over 230 registrants and four mats packed into the indoor turf field we were able keep non-stop action throughout the day.  The EQT REC Center is proud to have been a part of this incredible feat from local athletes, many of which have trained at our Center.